Animation had started, the production was building momentum, sand timers were filled with coins and were accumulating small piles at the opposite end, Jose had started animation on Phil...and still no animator for the gull....

We had in fact found a couple of animators who hadn't worked out for one reason or another, couldn't get the style or scheduling conflicts with other projects. I had spent so much time more worrying about Phil, I hadn't considered the gull being the hard sell


So compared to other members of the crew Vittorio came quite late in the game. Even when i was given his reel his stuff was great but i just wasn't sure if he was the right guy. It was Jose who said "trust me, this is the guy". So I gave vittorio the shot below, and he nailed it straight off! Vittorio brought the fun and spontaneity that the gulls character needed, and through out the film always added a little something to the performance that made it better.


This was the first shot Vittorio worked on, here you can see the progression from the initial rough (i spoke about above) to the final shot

LEOP_Seagull_Animation-breakdown from The Ledge End of Phil on Vimeo.

On the animation for both characters I tended do redraws (taking take key poses from the animation and drawing over them) with Phil it was usually about bringing it back on style, making his movements more restrained, doing more with his eyes or small hand gestures if we could. 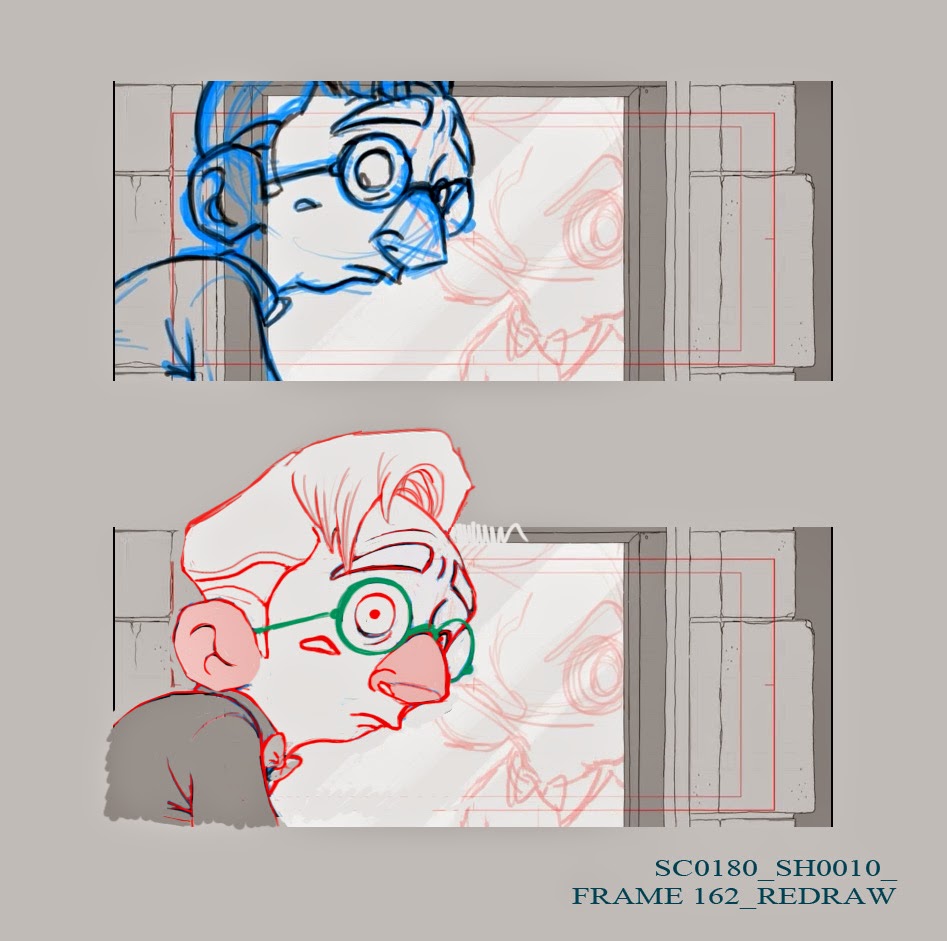 But with the gull it was the opposite, myself and vittorio went back and forth alot not to bring it back but to see how far we could push the little guy. When Vittorio would do a first draft of the animation, i'd often be inspired by his drawings, do redraws over his poses (usually in photoshop so i was concentrating on the graphic illustration not a frame of animation.) and then he'd take those drawings and reincorporate them back into the animation 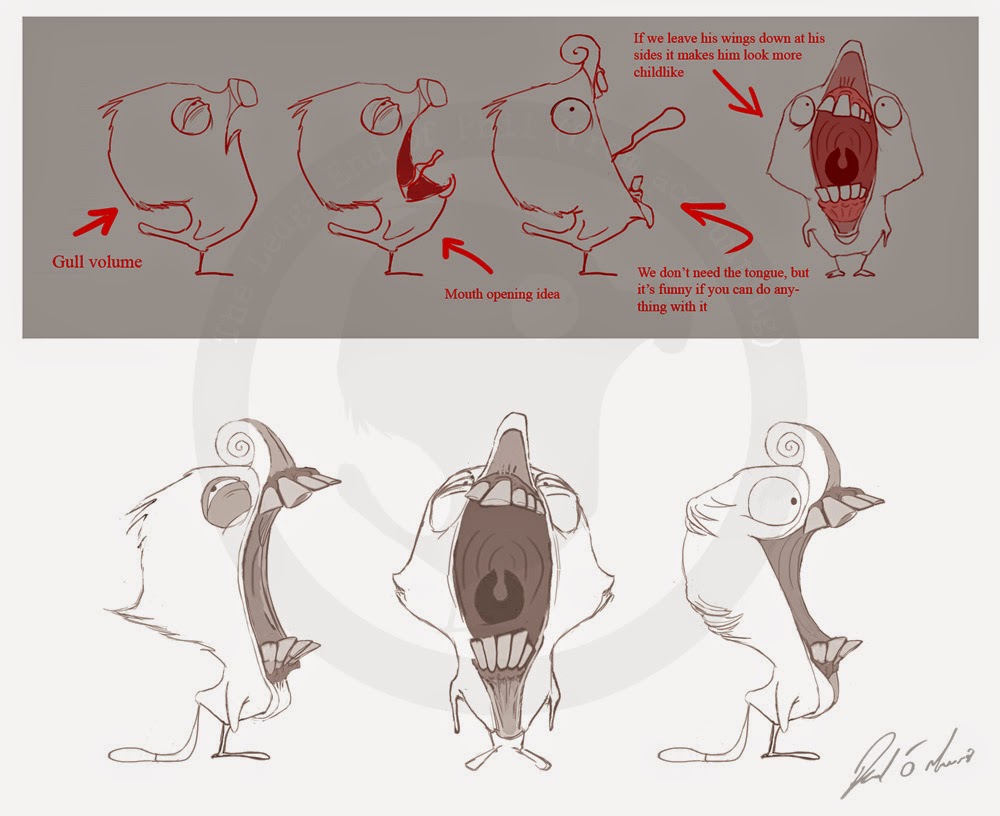 Though phil needed to feel like he had flesh moving over his bones sometimes it was nicer with the gull for him to just feel more maleable, were as Phil was frail and weak the gull could squash,stretch and bounce back, nothing gets him down, the animation style reflected his character.

The chuck jones adage rang true of no matter how far we pushed, pulled and distorted this little bird beyond physical reality when you ran it through on screen it actually came across quite natural, like the character had always been able to do that.

Vittorio also happens to be CEO of the fantastic Monigotes studio in Madrid, so you can check out more of his studio's amazing work over on their website: