Ian Claffey who I wrote about in the How it all Began... post had been a part of Phil from the very beginning. I've known Ian since we went to college together in Ballyfermot College Dublin and The Ledge End of Phil had originally been written and conceived to be a low/no budget CG film between the two of us, with Ian doing the CG modelling, rigging and animation. The film was then slated to be cartoon saloons first CG film, and eventually became an almost entirely traditional 2D film... almost!

When I rewrote the film in the new 2D direction it was with the concede that the film would be 2.5D. Which can mean anything from drawings rigged with CG bones giving a 2D look, to cel shaded CG animation. In our case it meant that the character animation would be created with traditional 2D hand-drawn animation in TVPaint and then elements like the buildings, specific props and sets would be created in CG. Which would allow us to use more elaborate CG camera movements, depth of field etc. 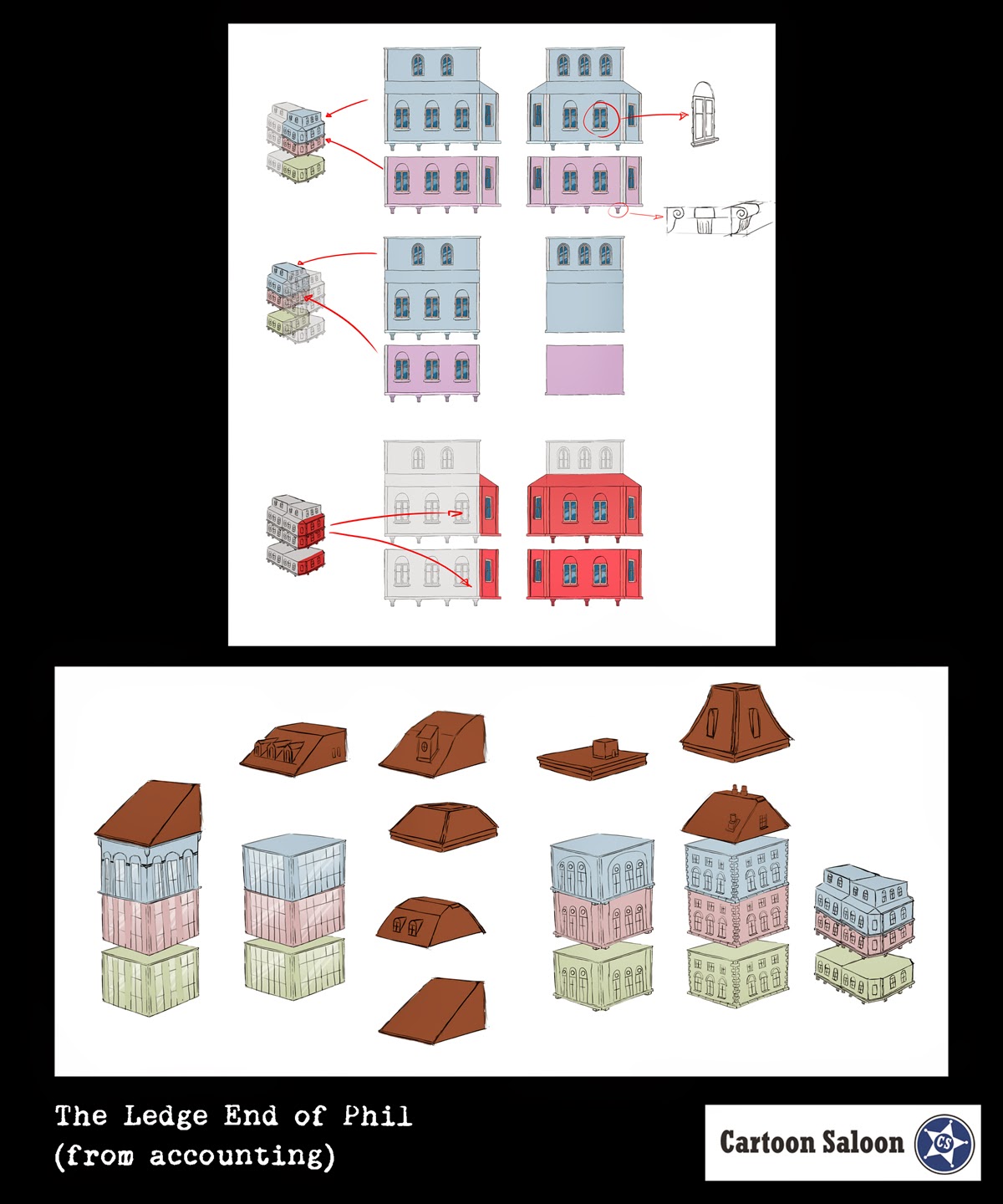 We had ideas to use painterly focus, so that when we racked focus between characters the backgrounds they wouldn't just blur they'd become something closer to a painterly sketch. Which we thought was ingenius for about a week and then realised that Disney had already done this in Bolt! Still we did tests to see if there was a signature way we could approach it. But eventually with our timeframe and budget we eventually decided it wasn't essential to the story. Which is why we focused it into the painting style of the backgrounds instead. 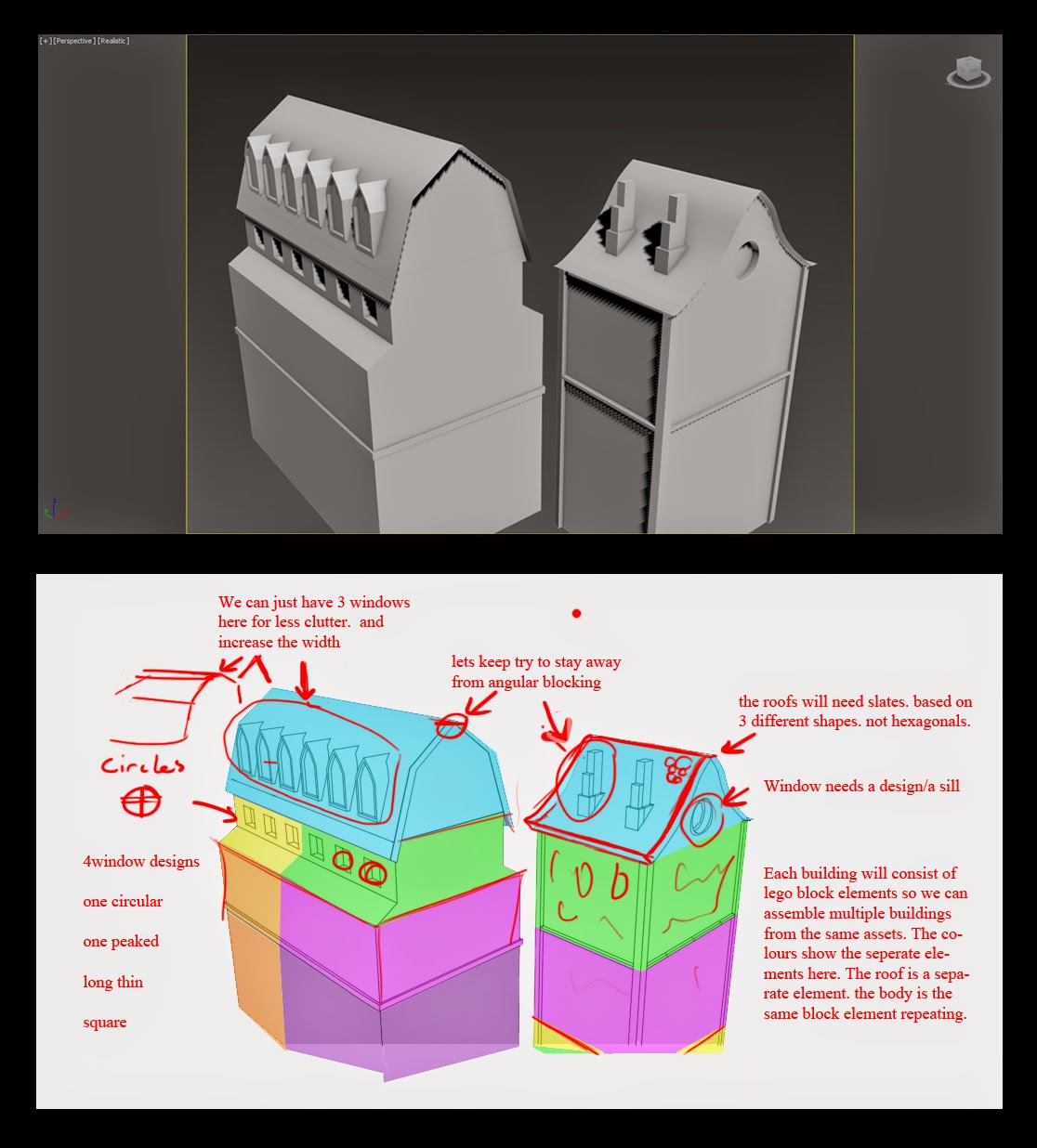 A crucial plot point in the film is that Phil's work is so important to him that he would blindly risk his life for it by following a page out onto the ledge. So it was important to me that the page at least have something written on it! Instead of the bargain bin trope of having a hand drawn animated page which is blank. So we decided that the pages would be CG with Ian animating a hurricane of pages and creating a line style for the CG that mimicked the characters rough pencil style. 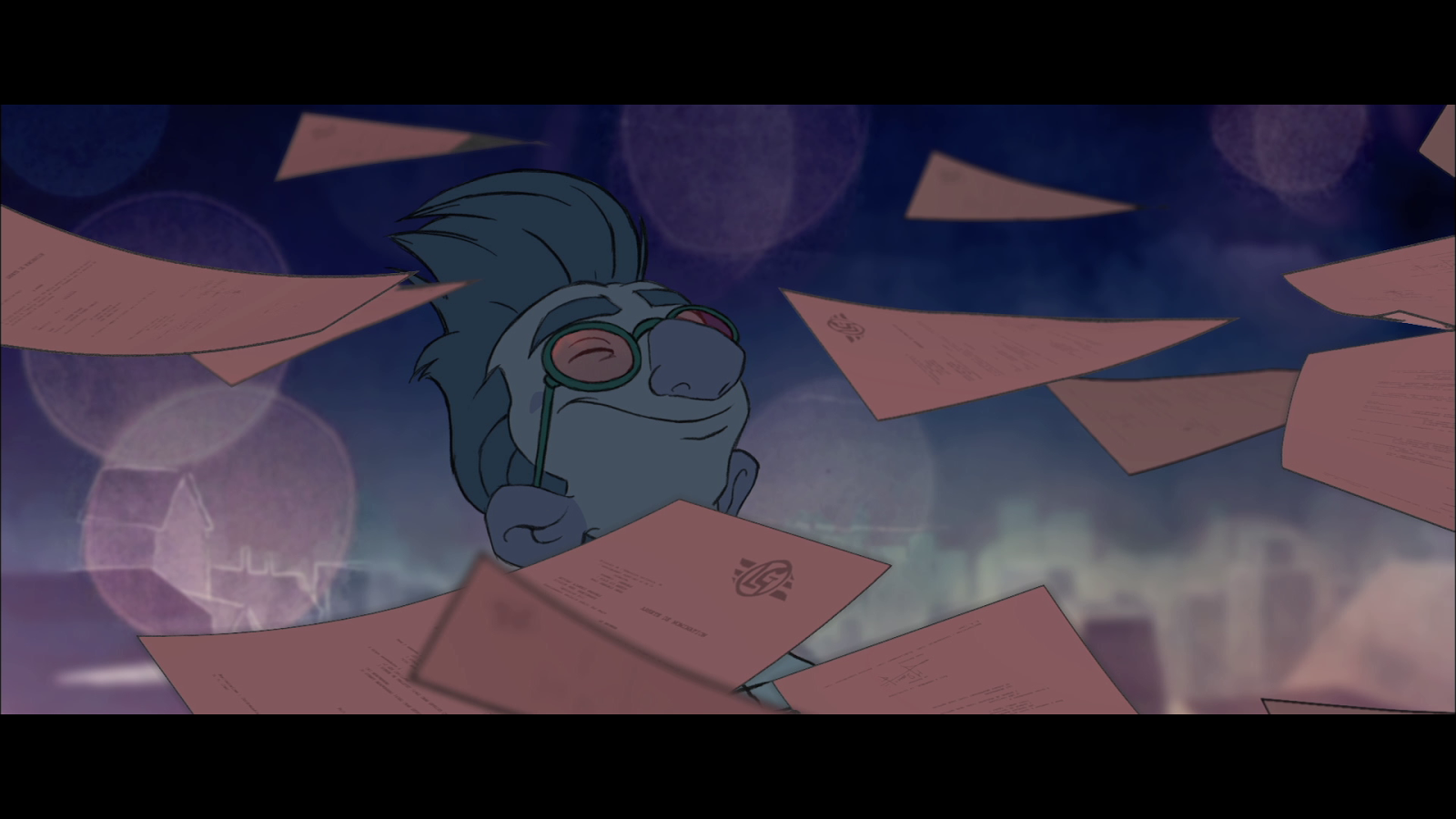 In the script the fan rotating back and forth was an important part of the story. So at the beginning it seemed the fan would have to be created in CG and Ian set about modelling and animating a great looking deskfan. In fact here is an early integration test with Ian's fan model on one of Stefano's backgrounds.

LEOP_ Fan integration-test from The Ledge End of Phil on Vimeo. 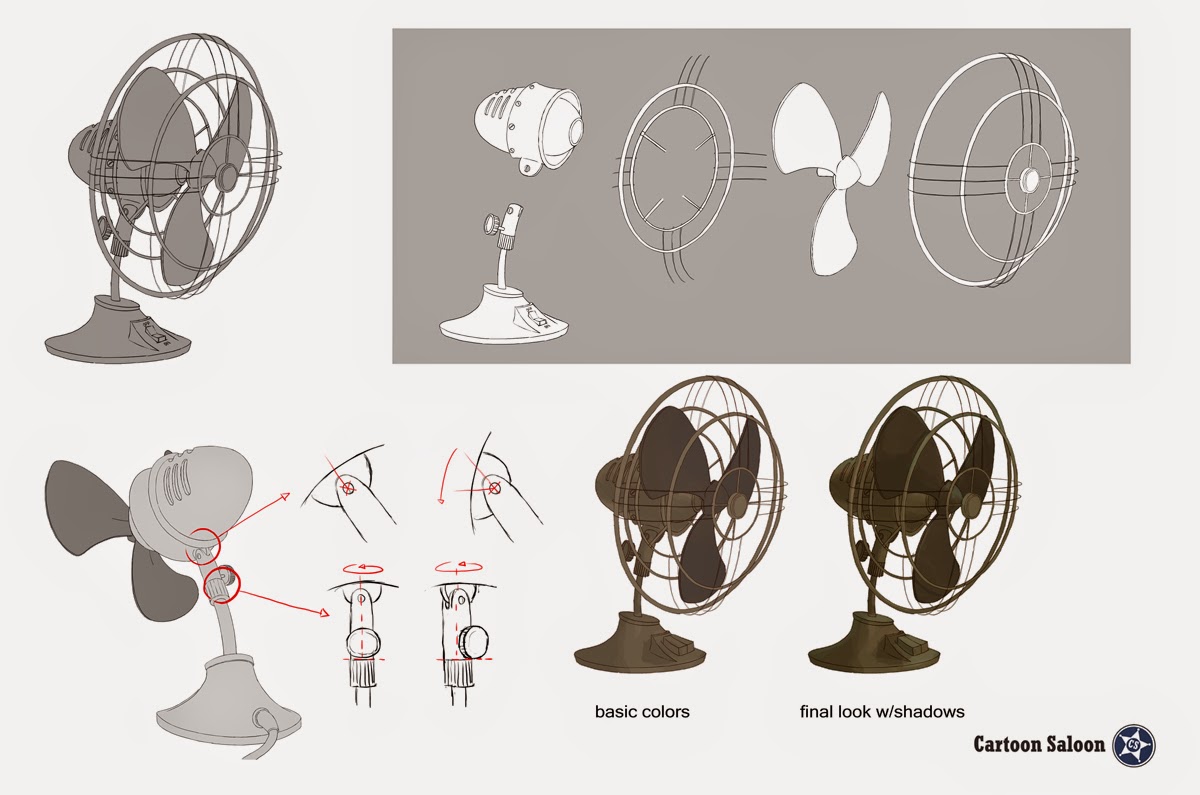 It was important from the script stage that the city be a character in the film. the thing is we weren't really sure what that meant visually, what the buildings would look like, how vast the world was and exactly how many buildings we were talking about! Ian and his CG toolbox became a useful tool throughout for pre visualising cityscape compositions and angles. 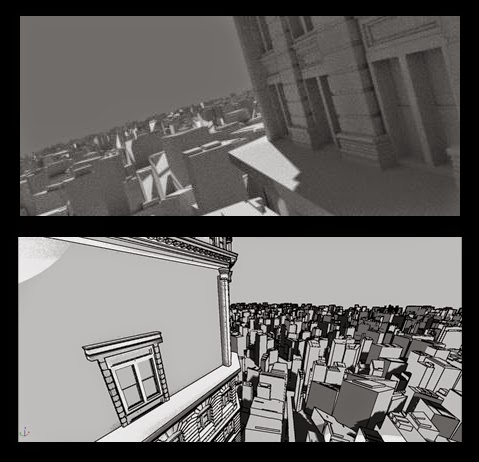 But as we moved further into production we began to realise that the strength in the films visual storytelling was going to be less is more. The more flashy camera work I had thought was essential gave way to a more restrained/controlled approach because the story required it. As clichéd as it sounds it became more about what the story needed from us rather than what we wanted to show we could do.

Ultimately we lost the rotating fan because it wasn't essential to the storytelling, instead Ian's CG model became a great reference model for Stefano who painted it into the 2D backgrounds. The buildings and cityscapes Ian had built where again not used directly in their CG form but where used as reference for 2D drawings for backgrounds, and for finding more dynamic cinematography. In the end the vast array of options that CG opened up to us allowed us to see the possibilities of what was possible with the story, but also forced us to look at our design decisions more clearly, and eventually to strip it back to it's bare essentials. But the point is we never would have reached the look of the final film without Ian's awesome contribution!

Next week we finally get to the MUSIC! Where I'll talk about Sergio De La Puente and the original score he created for The ledge End of Phil!